Every parent wants his or her child to be in a prestigious job with a high package and lucrative incentives. And almost every parent wants their child to ace the JEE Main and Advanced Exam and become an engineer. Many students take up several JEE Advanced attempts, but only a few manage to clear it. The JEE Mains and Advanced syllabus isn’t tough but the approach of the students is what determines the success of the students. With the JEE Main 2016 date just around the corner, students rushing with the last leg of their preparation and busy revising the portions whilst filling out the JEE mains form. But before rushing headlong into the shinning and glamorous life of engineers.

An Engineer is nothing short of a super human

The widely misconception that most people harbour is that by becoming an engineer, you attain the status of a ‘super human’ with the ability, knowledge and super human skill sets that can be used to build rockets, space ships, high tech machines, super computer, robots and many superior stuff like that. The problem with this myth is not that engineers do not do that but not all engineers so. It leads to impromptu comparison between what an engineer can do but is doing. Not all engineers have to be in jobs like that to be great. But the most important thing to remember is just because an Engineer is repairing a laptop does not mean he is not a worthy engineer but a mere technician, the difference is that a technician knows what has to done while an engineer knows why it has to be done.

Engineering is bigger than Science

Engineering is in no NO means bigger than science. Engineering is the application of science to produce a proper working mechanism of sorts. A student of science understands and studies a phenomenon and while the engineer uses the phenomenon in a practical application. The only reason that people have conceived that engineering is bigger and better than science is only because of the high salary package it entails up on graduating. But that is slowly and steadily changing, no country can say that science is irrelevant, for it is the driving force behind the country’s progress. No country can truly progress if science is given the true merit it deserves.

Management after engineering is the best

Obtaining a BE/BTech makes you a full fledged engineer

Obtaining just a B.E or B.Tech degree does not make you an ‘engineer’. It only says that you are well versed and have understood the various concepts and processes that will enable you to become an engineer. Post Graduation is a must for any one who wishes to become a full fledged engineer or gather experience as an engineer by working for a few years. 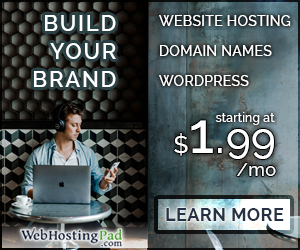